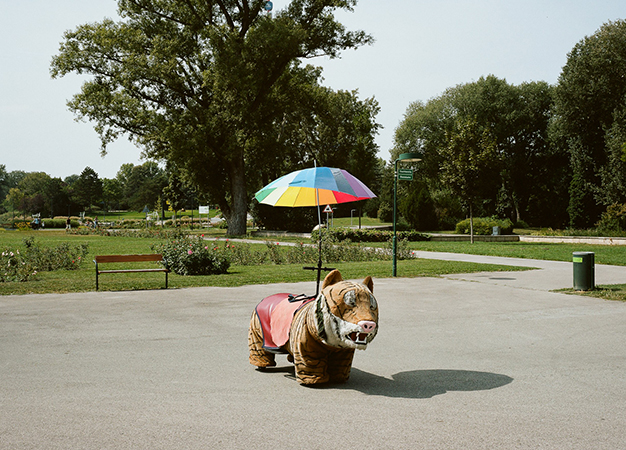 In an era of post-politics, economics has become a guiding rationale for the production of urban space. This has been discussed widely and subjected to critical analysis, not least because of its effects on the design, management and use of public open spaces. Yet, at the same time, there is an increasing politicisation of public open spaces. This can be observed in movements to reclaim public spaces and their democratic use, as well as in social protest and contestation in general political debates in which urban public spaces have become central. In parallel, design and planning theory are stimulated by the growing recognition amongst professionals and scholars that planning and design ideals are not neutral but are, in fact, political and mirror the dynamic histories of planning approaches, design concepts and, as a result, world views.

The ideals that shape our conceptions of urban landscapes are never neutral but are shaped by relations, practices and interactions embedded in structures of power and thus must be understood to have a direct relationship with the political, economic and cultural conditions of cities, in which the built environment both signifies and influences power positions, social orders and hierarchy. Doreen Massey (2005) has argued that space “poses the political question of how we are going to live together”. By the same token, Low and Smith (2006) argue that understanding the multifaceted politics of public space involves engagement with “the people and processes that are remaking the politics of public space”.

What, then, is the state of the politics of urban space? Ideas and concepts of how society would work best are not only the content of political manifestos but are also – if more subtly – expressed in aesthetic-technological approaches shaping our environment as constitutive models, policies or principles. Although these are often framed as technological necessities and neutral aesthetic developments, investigations have enabled the identification of such models, their ideological backgrounds, their implementation in political institutions, and not least the effects of such models and principles on the design, management and use of urban open spaces.

Taking public urban parks as an example of urban open space in which – over time – ideas and ideals of how we should live together have manifested particularly well in changing design styles, programmes and use regulations as well as in financing models, this conference invites theoretical, practical, methodological and empirical contributions. We understand urban open spaces not as the domain of planning and design professionals only but as both the medium and outcome of an amalgam of influences, be they economic, cultural, social or political. Thus we welcome extended abstracts which explore the spatial, social, cultural and political causes, dimensions, implications and consequences of design from a variety of disciplinary backgrounds, be they planning and design, geography, urban studies, political sciences, sociology, community development or policy making.