Overige activiteiten > the power of composition 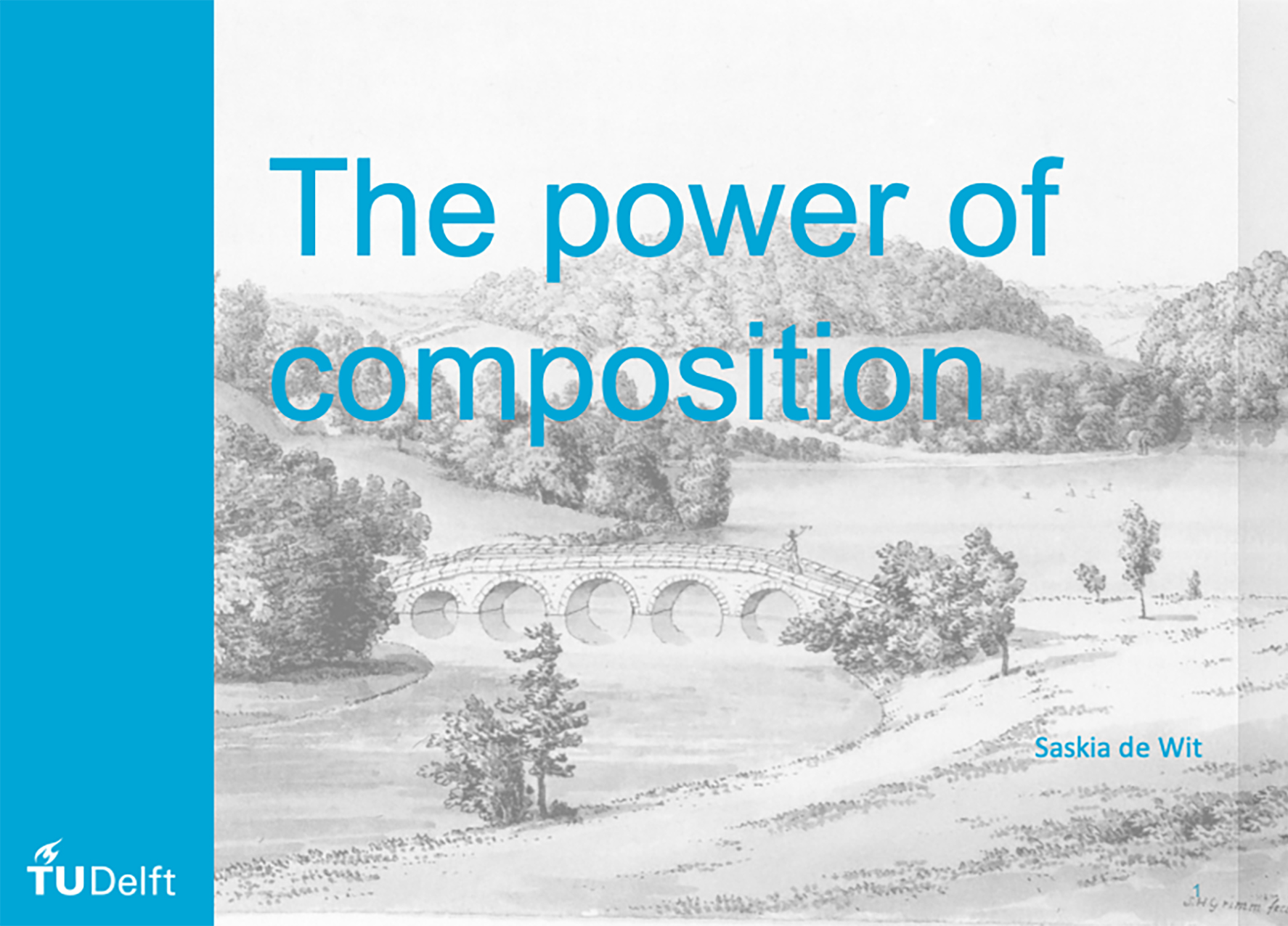 The yearly conference of the European Council of Landscape Architecture Schools was held at the University of Ljubljana, Slovenia, and had as its theme Scales of Change.

In a discussion on the role of landscape architecture versus planning, I argued for the value of spatial composition.

Landscape form is the organisation of perceivable qualities of our living environment: the shape, dimensions and proportions of space, the plasticity of surfaces and volumes, colours, textures, light, and structural relationships. But designed form is not about creating a good appearance, an optional add-on. Nor is it restricted to the small scale. The small scale, however, can be used as a valuable playground and laboratory for large scale landscape designs. When comparing the 150 square kilometre technical, agricultural, pedagogic social reform landscape of the Gartenreich Dessau-Wörlitz (Duke Leopold III of Anhalt-Dessau, 1760-1830), the theatrical urban design for London connecting the government centre with the landscape panorama (John Nash, 1810-1826) and the residential urban landscape of Borneo-Sporenburg in Amsterdam (West8, 1993-2000), in each we can recognize the formal principles of the picturesque garden. Not the style, image, or shape, but the formal (visual-spatial) principles: landscape fragments that are connected by a route as a scenographic succession of composed scenes or tableaux, using the existing topography as base. The timeless compositional principle, a relation between form and space as the initiator and carrier of structure, is versatile enough to accommodate and generate varying uses and processes. These examples illustrate a landscape architectural position that is in its essence not about problem solving but about creating form as condition for different uses, intended and unintended, expected and unexpected, for human and non-human practices and experiences.