Artikelen > The landscape form of the metropolis 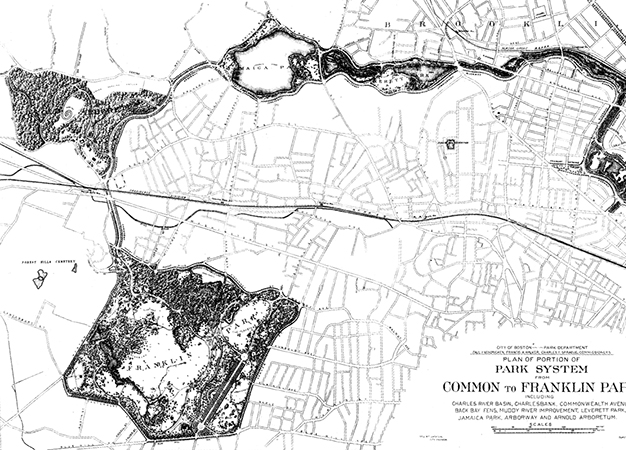 Subject of this paper is the landscape form of the metropolis. When the city disintegrates into an archipelago of fragments a new role is imposed on the landscape as a carrier of topographical characterizations, cohesion and continuity. The underlying landscape layer contains an annotated catalogue of situations, in which the genius loci is recorded and secured. These latent compositional elements are transformed into landscape architectural compositions within the topography of the emerging metropolis. They represent the first step in a conscious staging of a comprehensive landscape-urban system. This will be clarified in a short history of the urban form as a collection of landscape-architectonic transformations.

In the development of the metropolitan form the underlying landscape and its activation by means of landscape architectural interventions can take three different positions: as carrier of the metropolitan structure, as open space in the metropolitan network (landscape theatre) , or  as an indicator of place complementary to the generic character of the metropolis (narrative position, the ‘genius loci’). The example of Los Angeles where the supergrid collides with primal nature, with sunset boulevard as a new active scenography of this confrontation, underlines all three principles.