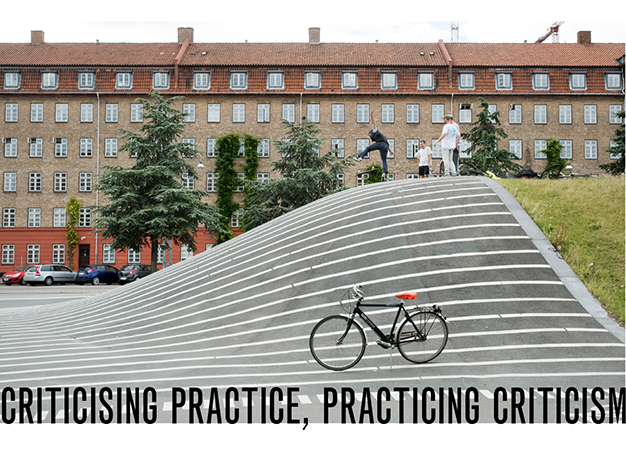 SPOOL is an Open Access journal in the field of ‘architecture and the built environment’ with a focus on the Science of Architecture, Climate Proof Cities, Energy Innovation, and Urban Europe.

In the field of the arts, criticism often plays a key role in situating artistic production and instigating debate but especially in propelling theory and practice. As Dave Hickey suggests “Criticism, at its most serious, tries to channel change.” However, in the domains of landscape architecture, architecture and urban design, criticism seems to have a more distanced role from reflection and design. Besides a few notable examples, such as the influence of the critical writings of Reyner Banham and Alan Colquhoun on a generation of British architects and urban designers in the 1960s, criticism seems to hold a marginal position within the fields of architecture, urban design and landscape architecture.

Given that the object of criticism—the urban landscapes and buildings that surround us—are very complex and layered realities, criticism seems to have a kaleidoscope of possibilities to start from: the value frames (formal, social, cultural, political, aesthetic) are multiple and a panoply of methods is at the disposition of the critic. This broad scope of possibilities seems to paralyse the critical activity in the design disciplines. In-depth criticism seems to be a rare phenomenon and if profound critical investigations are undertaken, they too often are rallied to the pages of very specialized academic and artistic journals that remain at a large distance from design practice.

Against this background this theme issue of SPOOL/Criticising Practice – Practicing criticism will enter into the discussion on the possibilities and impossibilities of criticism within the field of the design disciplines. We are especially interested in how criticism can make an active contribution to taking a position vis-à-vis what we have called in earlier issues of SPOOL the contemporary condition of ‘the landscape metropolis’. Criticism is an important means of reflection on the creative processes and interventions that are part and parcel of this landscape metropolis. Critique throws light on particular projects by describing and explaining them, but also by evaluating and generalizing these reflections towards an entire discipline, be it landscape architecture, architecture, or urban design.