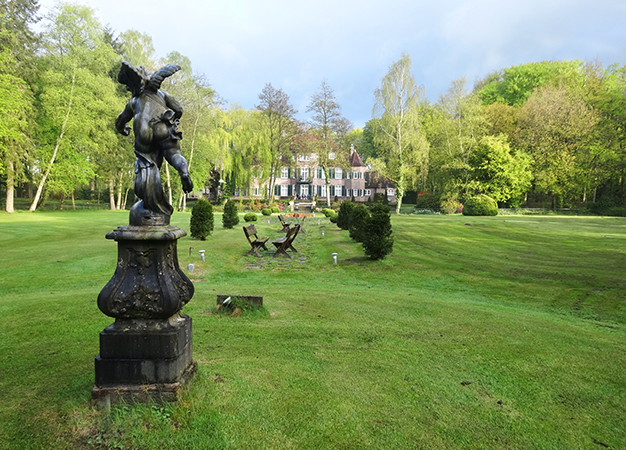 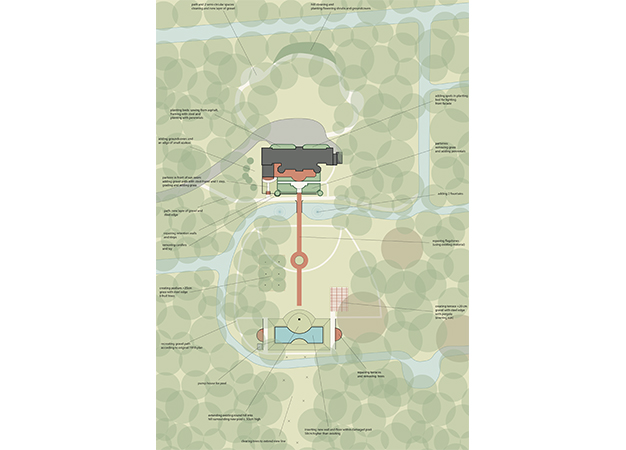 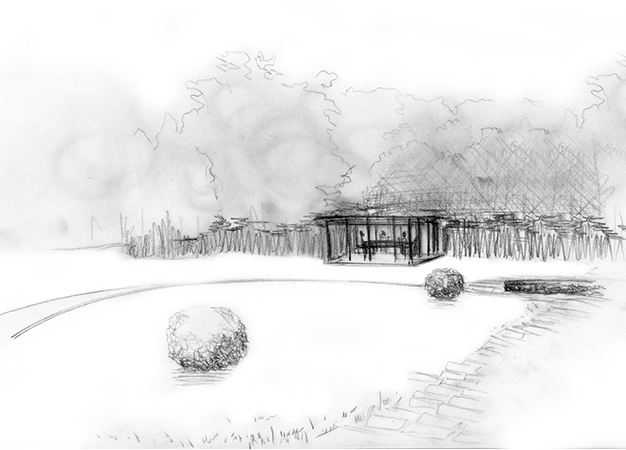 In 1723 the wealthy Cornelis Backer married a lady whose family owned a large country seat. Mr. Backer extended the estate and transformed the farm into an estate, which he gave the name Backershagen. In 1772 he extended the estate again and transformed the garden in a landscape style garden, according to the fashion at the time. In the 19th century the house was abandoned and in the early 20th century the estate was split in four smaller ones. One of them was Wiltzangk.

Here in 1915 a villa was built in English style, designed by the architect P. Musly. The renowned Dutch landscape architect D.F. Tersteeg designed the garden in the so-called New Architectural Garden Style. On the site of a former meadow Tersteeg laid out a flower garden and a basin. He created a harmonious ensemble in tight connection with the house, using an axis of flagstones, steps, box parterres, masonry garden seats and retention walls. The garden is enclosed by the 18th-century water course and the earlier landscape-style park.

According to the State Service for Cultural Heritage, the historic garden and park construction of Wiltzangk with its accessory parts (terrace, garden vases, masonry walls) has a high cultural, architectural and garden historical value - as well-preserved and representative example of the New Architectural Garden Style from the beginning of the 20th century - important for the work of Tersteeg. The garden structure is clearly recognizable. The landscaping has a very high value as an ensemble because of the special historical-functional, spatial and visual relationship as architectural continuation of the house.

In 1959 Wiltzangk was sold to the Persian envoy.